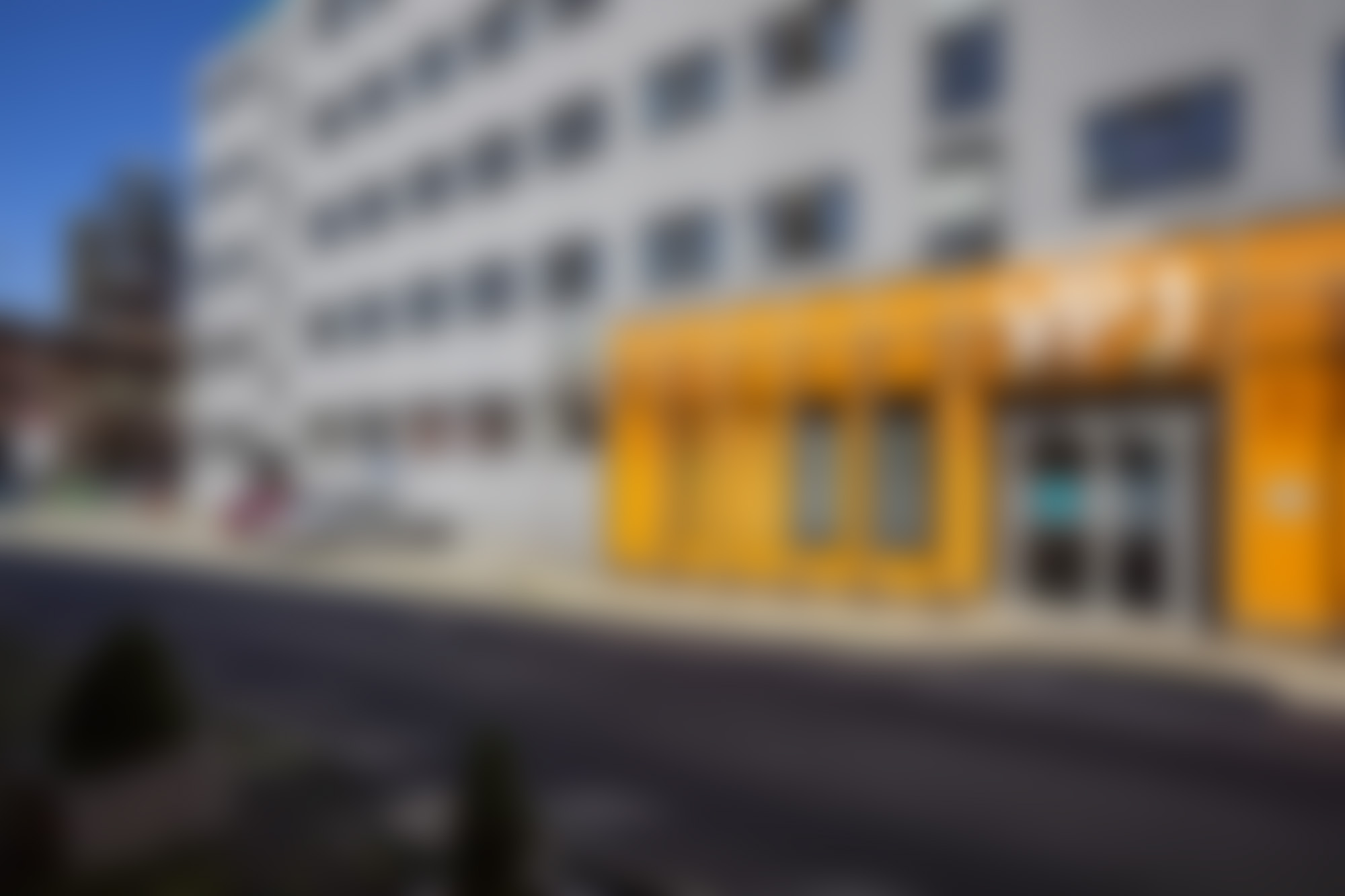 Hotel VP 1 is a hotel with industrial charm located in the middle of Dolní Vítkovice on the border of the educational association Dolní oblast Vítkovice (DOV), which owns and manages industrial architectural pearls Gong, Big and Small World U6 and Bolt Tower, and the industrial zone owned by the company Cylinders Holding as and Vítkovice as

The hotel is unmissable thanks to the visually impressive façade, which is dominated by the monumental graffiti of Jan Kaláb-Point. His more than 19-meter street art painting cannot be overlooked. The transport accessibility of the hotel is excellent. The perfect tram connection, the huge car park and the location on the Amber Trail are a great bonus for hotel guests.

In the hotel and its vicinity there are enamel works, which were created as part of 12 years of the unique art symposium SmaltArt.

VP1 is available accommodation in Ostrava, in the center of culture, sports, festivals… in the heart of Dolní Vítkovice. Part of the hotel is a parking lot with a huge capacity.

In 2020, two Porsche Design electric chargers were installed at the hotel. Near about 300 meters is a CNG gas station.

HISTORY OF THE VP1 HOTEL

Hotel VP1 is built on the historic territory of Vítkovice Ironworks, in Dolní Vítkovice. Coal, coke and pig iron were mined in this area. That is why the hotel's name refers to blast furnace number 1, the oldest in Ostrava. Today, it boasts the designation of a national cultural monument and an extension by the important architect Josef Pleskot, called the Bolt Tower. The building of the Hotel VP1 is located just a few meters from the Bolt Tower and also from the first general directorate of Vítkovice, a company founded in 1828.

Today's hotel building used to be an engineering and foundry, which produced until the 1930s. The engineering plant building, known as Operation 520, was built in 1964. Today's hotel building served as its administrative part and was directly connected to the factory buildings. In 1996, the management of Vítkovice canceled the operation of 520 and the entire engineering plant, including the administrative building, was vacated.

In 2008, the General Director of Vítkovice as, Jan Světlík, decided to prepare a plan for a new use of the administrative building for accommodation. In 2009, the building was cleared and demolished in order to process documentation for the conversion of administrative premises into a hotel.

Commissioning of the hotel took place on 30 June 2012. 74 double rooms with a total capacity of 148 beds were created. The hotel started operating in July 2012 with a rating of 2 * in its category.

In the first period, ie until 2016, the hotel functioned mainly as accommodation capacity for employees of the Vítkovice Machinery Group.

In 2017, a major decision was made on the hotel's focus on tourism. The management of the hotel has changed, the hotel has appeared on Booking and other booking portals. The period began when the hotel was taken care of by the production company VP 1. It still manages it to this day. The director of the hotel became Bc. Kateřina Hladká.

In 2019, the owner of the hotel, Cylinders Holding, decided to expand the hotel with a so-called health center, where a new accommodation capacity and especially a top restaurant will be created, which will dramatically expand the hotel's top services as part of the attractive locality of Dolní Vítkovice with national cultural monuments, educational, cultural and community centers. Hotel V1 is also the background for the industrial zone, which is dominated by the innovative multinational group Cylinders Holding. The parking zone at the hotel includes two fast charging stations for electric cars.